Getting you back on your feet
Schedule your free consultation today 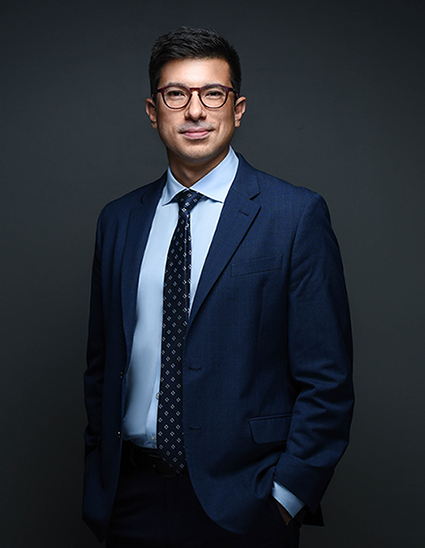 Marcos D. Oliva was born in San Antonio, Texas and moved to McAllen where he attended James “Nikki” Rowe High School. After graduation, he attended Texas A&M University in College Station on a full scholarship where he majored in Biomedical Science.

After college graduation, he attended law school at John Marshall Law School in Chicago, Illinois. He has been back in Texas since 2004 and now practices consumer and business bankruptcy law.

Marcos originally went into the legal profession with the intention of practicing patent and licensing law. However, he was instead drawn to bankruptcy law because of the field’s incredible potential to help people in immediate need. You see, Marcos comes from a middle-class family that struggled to keep up with their bills. His parents ran a small business and were railroaded by IRS debt. As he learned more about bankruptcy law, he was impressed by its ability to give real people the power they need to recover their lives.

For example, when someone files bankruptcy, they are granted an automatic injunction against all their creditors no matter who those creditors are — including the IRS. In other words, once you file for bankruptcy, your creditors legally have to stop harassing you for payment.

This empowerment, coupled with Marcos’ firsthand experience struggling with serious debt, make him a compassionate and effective bankruptcy attorney.

I will do what’s best for you rather than try to earn more money for myself. When you work with me, you will always come first.

Other Forms of Debt Relief

Of course, not every client that comes to Marcos is dead-set on filing for bankruptcy. Often, they’re going up against other financial challenges, such as credit card debt, property tax concerns, child support payments, and unpaid medical bills. Rather than trying to offer a one-size-fits-all strategy to clients in these varying situations, Marcos acts as their counselor.

In a safe, judgment-free environment, he gives his clients the chance to explain what happened, how they got to this point, and what their goals are moving forward. Only then does he get the numbers and start crafting a strategy that will best help them overcome their debt and ultimately reclaim their financial freedom.

Whether you are filing for bankruptcy or trying to handle a relentless and harassing creditor, Marcos Oliva can help you. With his experience and knowledge, he can provide you with the information you need to make the best decision for you and your family. Don’t wait to get help. Call Marcos’ office today.

Tell me about your situation and schedule your free consultation.